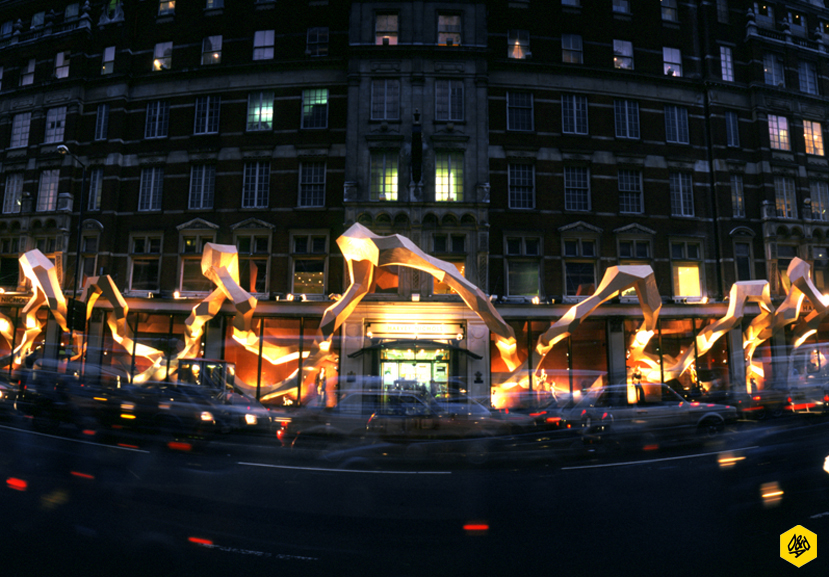 Harvey Nichols in Knightsbridge commissioned the Heatherwick Studio to design an installation for its windows to celebrate London Fashion Week.

Rather than see the project as twelve individual windows, the studio chose to look at the building as a whole, producing a single idea that interacted with the architecture of the entire facade; a single 200 meter-long element, twisting across the shop-front, weaving in and out of the windows and climbing up the facade by up to ten metres.

The element, which had to be both lightweight and capable of standing up to the strong winds in this corner of Knightsbridge, was constructed as a composite of birch aeroply with a core of expanded polystyrene.

The installation took six months to construct and was in place for eight weeks. The project won the D&AD Gold Award from a field of 14,000 entries.

In many respects, this project was the first extraordinary creation from a recently graduated Thomas Heatherwick. On an extremely tight budget, it was made by everyone in the very small studio as a team effort which had all of us looking like snowmen under a welter of polystyrene beads for weeks on end. 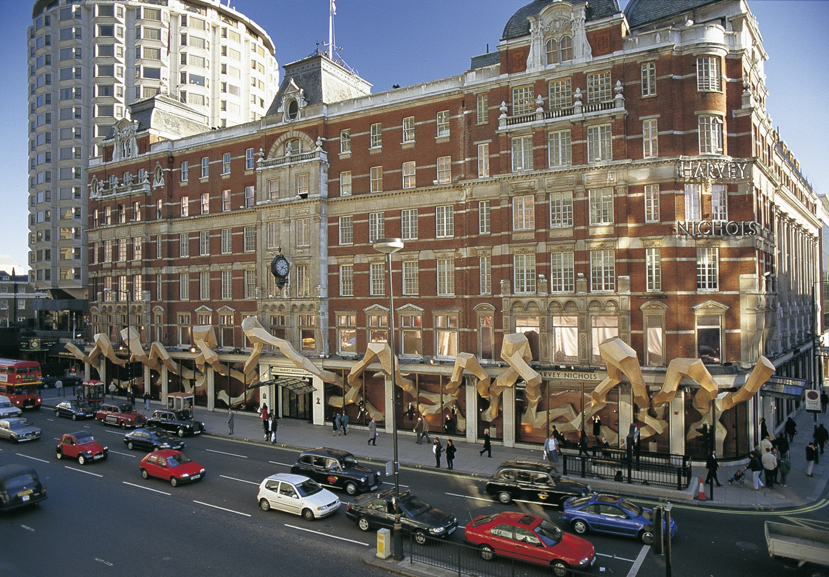 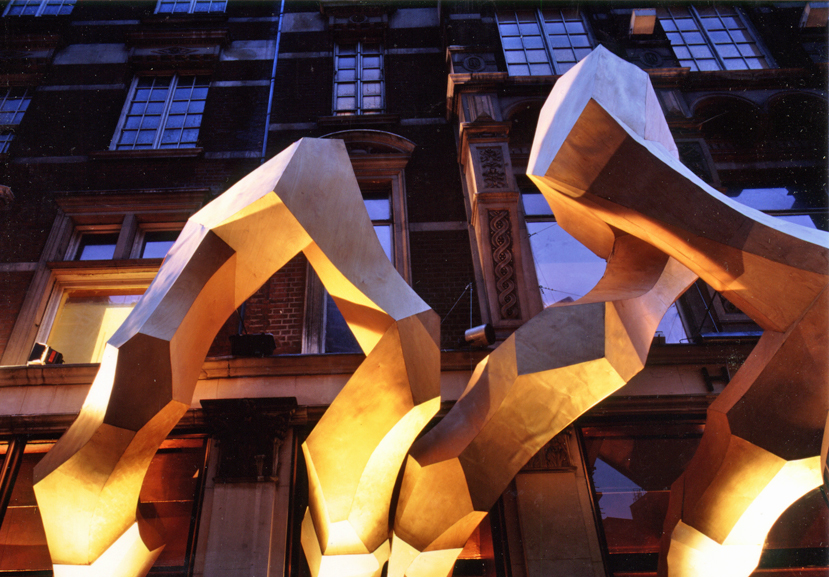 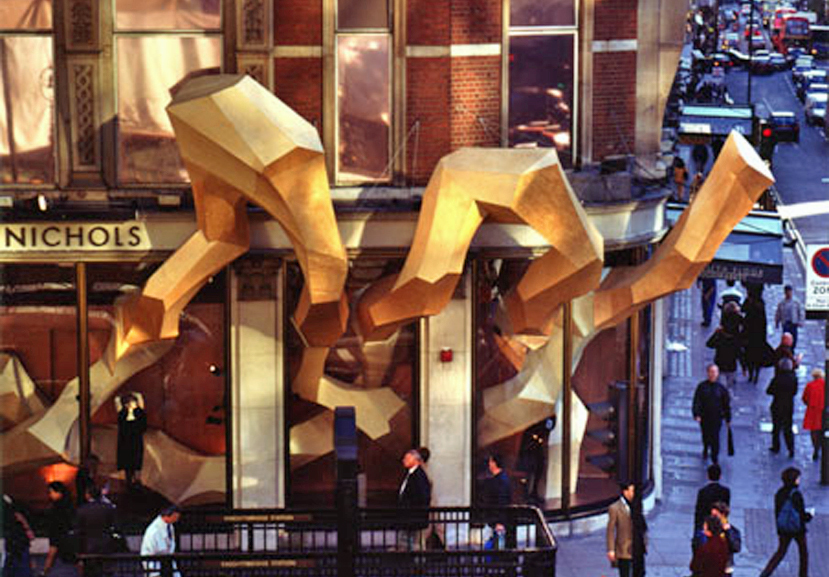