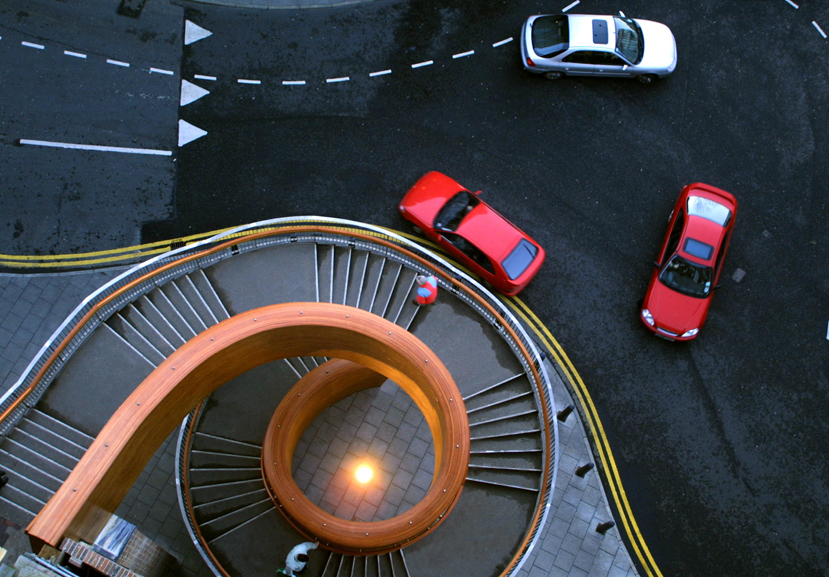 The Heatherwick Studio won a competition to design the city’s first new public square for a century. Close to the city’s busy inner ring road and surrounded by a mix of building types, the long narrow site was more of a disused road than a square.

The space was unified with a single surface using tiles, developed for the project over four years, consisting of blue glass from recycled Harvey’s Bristol Cream bottles set in white resin. The surface articulates around trees, distorts as it meets buildings, is perforated around bollards and is peeled back to form benches.

It features a massive timber helical stair weighing several tonnes. This was built by a Sunderland boat builder by laying up hundreds of sheets of Douglas Fir play on a huge timber jig.

The project went on to win a D&AD silver award and The Worshipful Company of Paviours’ annual prize. 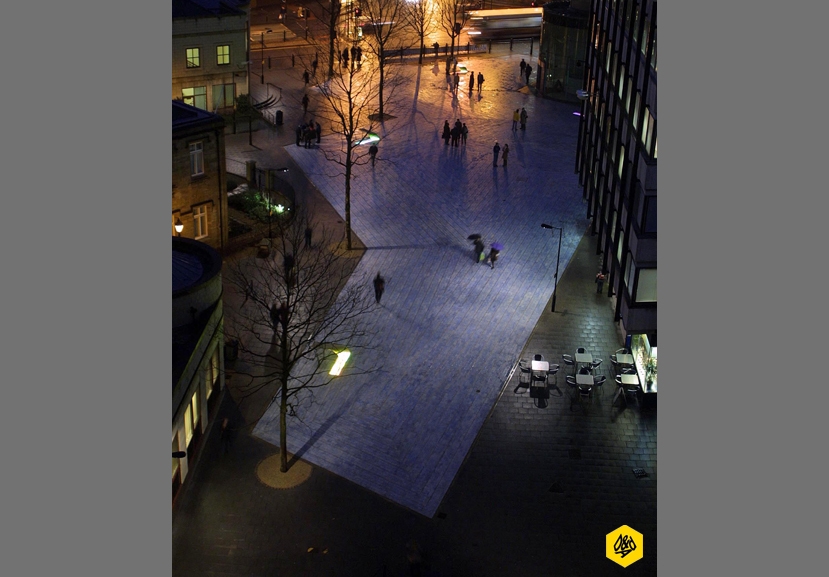 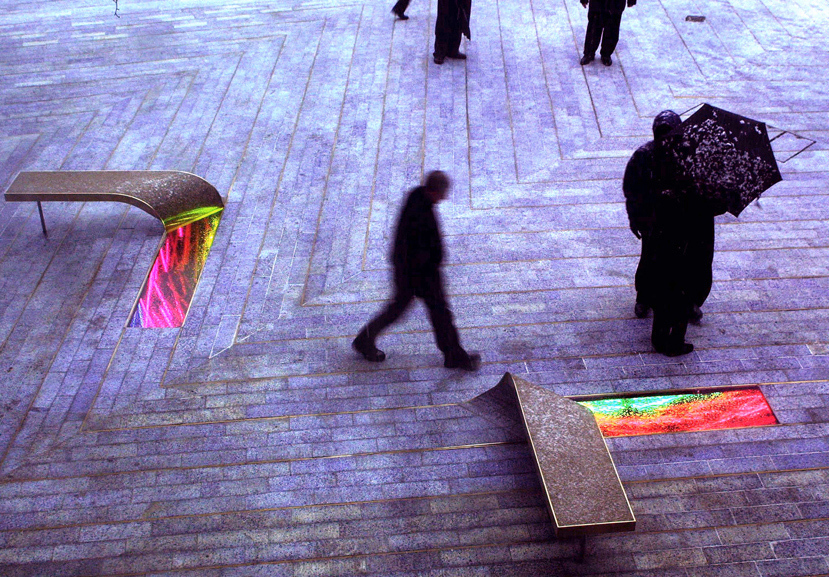 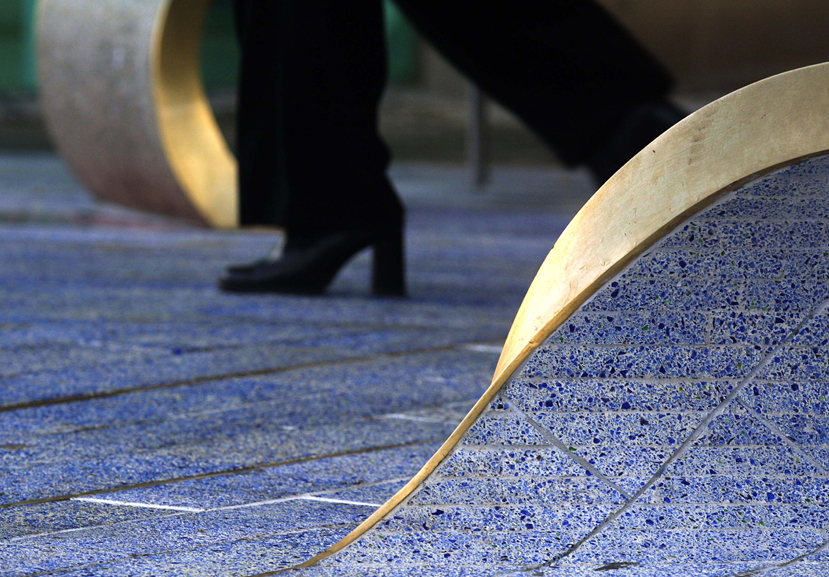